Theatre director Sarah Meadows discusses how she uses social media to help her scout for potential talent for her projects and the right way for you to get on her radar. Follow @SarahMeadows1 on Twitter. 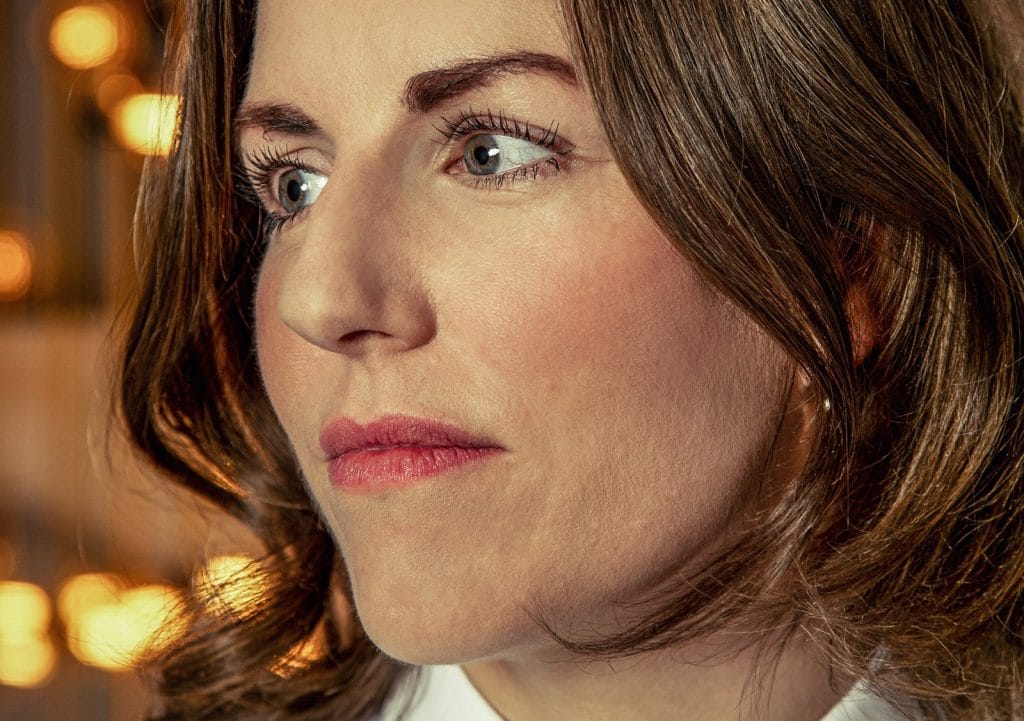 I’m interested in work that challenges and unsettles the status quo, work that celebrates the hope of humanity.

I like smart and funny characters that we don’t normally see on stage leading narratives and topics that make me have to learn and think about my own existence, social position/presumptions and responsibilities.

How do I ordinarily use social media?

I mostly use twitter for a combination of work chat, political updates and opinion and following people who broaden my understanding of social and personal issues (and for funny stuff too of course).

I tend to use Facebook for any personal updates or if I have any questions I want to ask people.

I’m crap at remembering to take pictures so I’m not prolific on Instagram but do enjoy looking at what people share (does that make me one of those social media stalkers!?).

How social media helps me cast.

I will usually use Spotlight or a casting director to cast my shows, but if I need a really specific skill I will often reach out to my followers – for example recently I needed some Arabic speaking actors and cast two people from recommendations through twitter.

This is particularly true when it’s for a reading, or the early stages of a project, so I can get to know the actor in a relaxed way.

I use social media as a quick way of reminding me of actors and to get new names in my head.

It’s never that I need to; it’s because I want to give other people a chance to be on my radar, through the great network of people I trust professionally on twitter to put excellent people forward. Otherwise I would inevitably end up with the same people in my mind.

I would never formally cast off twitter but if someone’s name kept cropping up, or another director messages me to say “so and so is great FYI”, I would check out their Spotlight / showreel and potentially then invite them to audition from that through their agent.

How Important Is The Size Of An Actors Online Presence?

To me an actors online presence is not a majorly important factor, but I know there is a big pressure from producers in commercial theatre as well as film for actors to have this. Many brilliant actors I’ve worked with aren’t on social media at all.

It is, however, very handy to be able to click on peoples Spotlight / showreels and to see what they’ve been up to, so it’s like a Spotlight gateway.

How Useful Is An Actors Showreel To Me In Theatre?

I often watch actors’ showreels and I think you can get a really good sense of actors through them, if they’re good quality.

You can’t beat meeting in person however or even talking on the phone. It’s a relationship at the end of the day and you need to know if you can click and they will work well with other actors.

I think if someone works too hard to say they are amazing though it can be a little hard to navigate. This industry’s social media output can all feel very disingenuous.

If an actor is using their social media for work then:

Often when actors are really good their profile just says “Actor…” and who they are represented by. Maybe this simplicity is a good starting point.

The Best Way To Initiate A Connection On Social Media

If I naturally start chatting with an actor about another tweet etc, then you message me to say you’re in a show etc, then that’s all good.

If you then find my email or go through my agent; that’s good too as it’s a more formal way to communicate.

Massive messages with long descriptions of “you and your work” are too much and I often don’t have the time to read and then respond. Short and sweet.

The reality is that we’re all time poor in London so anything that gives me loads of extra work will often have to go to the bottom of the list and sadly sometimes drops off because there is only so much time.

My advice would be chat and stay engaged with the industry through social media and if that enables you to have a genuine connection that leads to a meaningful chat then that’s great. If anyone tweets about suggestions, try and respond quickly.

Twitter is a great place for us to celebrate the work of our peers. So be that person who shouts about other actors and artists or work you’ve seen – it shows your tastes and maybe people will do that about you when they’ve loved your work.

If I see someone’s name come up a few times or further people endorsing you too then that helps.

How Not To Do It

I’ve rarely receive anything but sincere approaches, with the best intentions, and I know how bloody hard it is for actors.

As above, keep it simple, don’t be presumptuous or arrogant and don’t be rude or aggressive please!

I would say do nudge people as they forget stuff but also don’t hound people. The only slightly odd one was an actor messaging me on all platforms and lots which became a bit much/scary.

3-5 Steps To Connect With Creatives On Social Media

Make the initial connection genuine, specific and concise if you can – not just “I’m an actor you’re a director we should connect.” Do you share similar tastes? Do you know anyone mutually? Did you watch the same show and love it? Did you see their work and was there something specific you found interesting? Etc

Remember that we don’t actually have casting opportunities that much in the grand scheme of things so aim to build a relationship.

Suggest watching a show together, a cuppa near where they are working or based or of course lovely show invites. That way you’re in people’s minds in a way that sticks and builds trust.

Keep your info on your header clear, easy to navigate and simple – try not to #tag everything you’ve ever done!

Don’t get too hung up on all the bullshit of the industry. Instead use social media to support initiating real connections, face-to-face meet ups and having interesting and genuine chats.

Use it to express your opinion and celebrate others and the work you like – not simply a place to make yourself look awesome – people see through it – let’s be more honest and normal.

I personally don’t watch anyone’s showreel on #ShowreelShareDay when they are all being shared due to time etc. But if it is a chance to celebrate and put your work out there I don’t see the harm – I’m just not clear what the aim of it is.

The Old Vic 12 is an invaluable development programme for 12 up-and-coming creatives to have a year attachment to the building whilst being nurtured and developed, creatively and professionally.

Being a creative can be a lonely existence with limited opportunity for formalised personal and professional development and this programme offers that platform. The main strand is the development of 3 new plays collaborated on by the selected 12.

This is where actors come into it as there are paid opportunities for actors to be part of the initial readings, development and final sharing (plus then potentially the full production).

This is a way to be on the radar of the buildings casting team (as we share with them actors we think are fab and they do with us) and to be seen by a range of industry folk if cast in the final reading. Also of course, building relationships with the OV12 creatives.

Sarah is a director represented by InterTalent, Artistic Director of Longsight Theatre Company and a member of the Old Vic 12, 2019. Associate Director on Blithe Spirit (dir. Sir Richard Eyre, Theatre Royal Bath) and Admissions, Trafalgar Studios. Most recently she directed One Jewish Boy at the Old Red Lion, which is set to transfer to the West End in 2020. Follow @SarahMeadows1 on Twitter.