Entertainment Events ranks very highly in both popularity and on the scale of the Best Temp Job For Actors. I have done a lot of entertainment events over the years, a LOT. I have worked for some great companies and some not so great ones but generally speaking I can see why it is such… 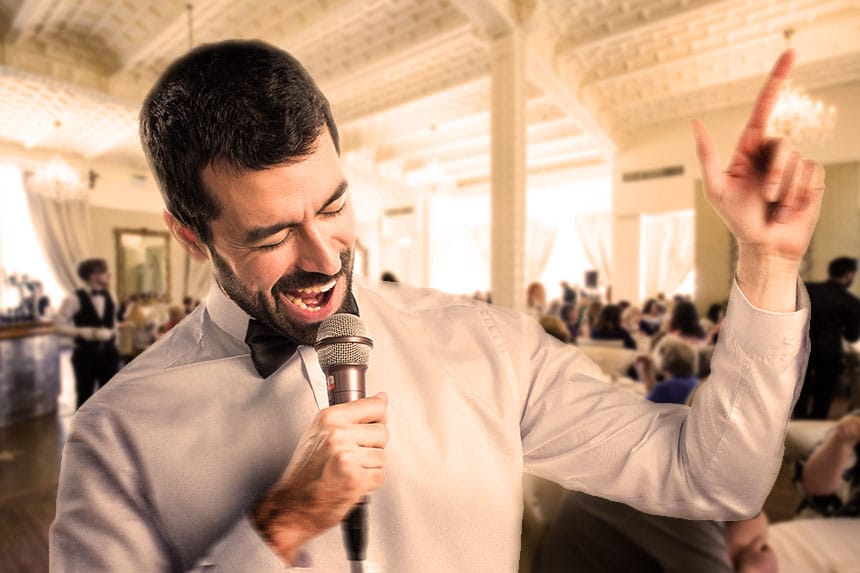 Entertainment Events ranks very highly in both popularity and on the scale of the Best Temp Job For Actors.

I have done a lot of entertainment events over the years, a LOT.

I have worked for some great companies and some not so great ones but generally speaking I can see why it is such a popular choice among actors, especially those who have a secondary skill like singing, playing an instrument, dance, or some form of variety act like magic, burlesque or even comedy.

If you fall into that category then you better believe it’s a great way to make money on the side.

Lets take a look at why.

For the rest of this article I am going to refer to “Singing” as this is where I have most experience and is my other skill but you can assume that I could mean any of the skills mentioned above. The type of event work I have done the most is Singing Waiters type gigs at weddings and birthdays which is very popular at the moment with scores of companies you could be hired by so that’s what I am going to refer to for the rest of this post as an example.

Lets be very clear – being a professional entertainer requires a heap of skill. It would ordinarily have ranked at a 1 or 2 out of ten up against all the other jobs you could have done like Call Center work or Promo, however…

The chances are – you already have that skill in the bag!

If you’re an actor who can sing or play and instrument then not only are you way more likely to get work, in musical theatre and actor-muso shows obviously, but you stand a pretty good chance of being equally as good as, if not better than, some of the people out there who sing or play as their main profession.

There are Wedding Singers and Bands out there making bank each month who wouldn’t hold a candle to most groups of performers I could put together at the drop of a hat with a quick flick down my contacts.

So why doesn’t it rank 9/10 – well it takes more than just a good voice to actually make a consistent living with singing as a side gig.

This is where Events knock it out of the park.

The money you will earn on a per hour basis is well up there in the high double figures, sometimes even triple figures if you really get in with the best companies. Anything less than £50 an hour for a short gig and you’re being duped.

Where it falls down a bit on the rate of pay is the fact that usually there is some element of travel involved and that can be quite long with a substantial amount of waiting around time too. I usually call it a day rate really because the gigs where I have been lucky enough to be able to do anything else on the same day other than travel to and from are few and far between.

The relatively high rate per hour for this sort of work means that the earning potential gets a good boost however the consistency of gigs that you are realistically likely to get keeps a bit of a lid on it getting too high.

If you are really doing well in this sort of work (and it hasn’t quite risen to the level of actually running your own business as a singer where you could earn way more) then you will be lucky to get 4-6 gigs a month. This still puts the earning potential into somewhere north of a thousand pounds which is a lot better than Teaching Work which is similarly consistent but pays a good chunk less per hour. And of course we’re still talking 5 to 6 days a week here completely free to do anything else you like.

If you drive then you are likely to get first dibs on all gigs as you will need to ferry the other entertainers and the gear and you will also usually be paid a premium rate for being the driver as well as get petrol money.

And if you are really smart about it you will spend the time up front to get in there with the really high end entertainments companies (who do gigs like private parties for Arabian Princes in Dubai) which absolutely skyrockets the earning potential.

The flexibility for work like this scores a solid 5 the reason being is that yes, you do have 5 or 6 days a week here free to do whatever you like however if you do book a gig in, it’s pretty iron clad.

As an absolute last resort or in an emergency you need to do your best to find someone to cover your gig but in most instances once you’re booked in – you’re booked in and there’s not much you can do to get out of it if you want to work for that company again.

These sorts of gigs are pretty easy going. They are usually short; mine were only about 20 minutes long usually but we also had some longer more full set type gigs once in a while which were a lot of fun.

You usually just get to belt out some pop tunes and banter around interacting with people so if you love singing and have an ounce of charisma, which I hope you do as an actor, they you will have a blast doing gigs like this.

The toughest part is the travel really which can get tiring and the waiting around to go on, but it’s certainly not physically or mentally exhausting.

This is the biggest downside to this sort of work, unless you are running the show, i.e. have your own business, then the gigs are really inconsistent.

You might have a great month where you have 6 gigs but then the month after that might be one big tumbleweed.

Christmas is always super busy and the rate of pay goes up massively around New Years but January to March can be really patchy until wedding season kicks back in again. That’s why I would always suggest that if you are gonna do this sort of work you get in with a handful of companies so you can multiply your chances of being offered gigs.

Also not that great with this sort of work – it’s usually pretty easy to reach out to a company and get on their radar for gigs, especially if you have a friend who can vouch for you the best time to do this is around christmas because its usually when these companies have more gigs than they have singers so you are highly likely to be brought on and offered a gig straight away. The rest of the year you might have to wait quite a while until the next time someone has a spot.

However – the worst thing about these sorts of gigs is the length of time it takes for most companies to actually pay their invoices. The usual standard time is 30 days after the gig but there are lots of companies out there who run really shoddy book keeping and can keep you waiting 6 weeks, 8 weeks sometimes. It’s vital you put a basic terms of payment with a late payment fee in your invoice, even if you never have to use it.

Entertainment Events can be a great way to make really good money capitalising on a skill you already posses. The high rate of pay and ease of the work makes it a really popular choice for actors that also sing, play an instrument or have any other entertainment abilities.
Just make sure that you hedge your bets and try to work with a variety of companies so you don’t put all your eggs in one basket and find yourself with no work in early spring.