Front Of House: Free Your Time Or Make You Poor?

The Out Of Work Actors Go-To If Bartending & Waiting is the temp work of the masses then Front Of House is where most actors stereotypically congregate. Sounds pretty good from the outside: you get to see a show loads of times for free, get to be around like minded people, in the same boat… 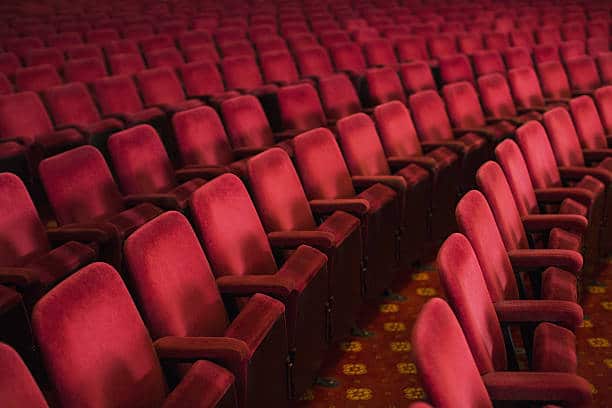 Front Of House: Free Your Time Or Make You Poor?

The Out Of Work Actors Go-To

If Bartending & Waiting is the temp work of the masses then Front Of House is where most actors stereotypically congregate. Sounds pretty good from the outside: you get to see a show loads of times for free, get to be around like minded people, in the same boat as you and you get a good chunk of your week free.

But is Front Of House really all it’s cracked up to be?

Front of house work ranks at #6 most popular in The Best Temp Jobs For Actors which I was actually surprised at, I actually thought it would be higher.

Lets take a look at where it scored.

Please Remember: these comments below are my own personal opinions. You are welcome to disagree; spin up your own blog and let me know what you think.

Working front of house sits right in the middle of Call Center and Promotions work in terms of the skill required to do the job.

You don’t have the luxury of being sat down all day saying the same thing over and over again but you also don’t have very much one to one customer interaction as part of your job, which is pretty much the opposite of Promo work.

There is three main tasks you will have to do working front of house. Ushering, Bartending and Snacks Sales. Ushering is simply a case of standing at the door checking tickets or guiding patrons to their seats and making sure nobody takes photos throughout the performance. Bartending, as the name suggests is serving drinks and taking orders for the interval. And Snack Sales which is usually a part of the job of the in house ushers, is selling ice-cream and sweets and programmes and the break. That’s pretty much it. There is usually also a merchandising team who handles any toys, swag and apparel but in most of the larger theaters the merchandising is managed and sold my a completely separate team of people.

The one thing I found that tips the skill element a point more difficult here is that, unless you work on the bar, all the other jobs will involve you carrying and being responsible for a money belt of cash which you will have to count at the start and end as well as do on-the-spot basic maths, which I was always crap at, to figure out how much change you owe people buying stuff from you as you walk around.

The pay for FOH work is usually slightly above minimum wage if you are lucky, a lot of times it’s just basic minimum wage plus holiday pay. Not much to say other than that: the real trouble comes when we consider your monthly earning potential.

The monthly earning potential for front of house work is abysmal compared to most other types of work you could be doing. The reason being is that – there are no full days working. There are only 8 shows a week at a theatre which means they don’t need you at any other time. The maximum amount you are going to work in any day is around 6 hours and that’s only on two days a week when there’s a matinee.

The absolute maximum you are looking at on any regular basis is between 25-30 hours a week – which at minimum wage kinda sucks!

You would think that the flip side of not working many hours means that the flexibility must be really good, but you’re only half right.

Yes you do get lots of “time” free but because the times of the shows are early evening and early afternoon on matinee days, unless we are strictly talking about an audition then that doesn’t give you a whole lot of leeway to go somewhere else during the day.

Added to that is the fact that generally FOH jobs don’t like changing the rota around. There is not a huge amount of staff needed in each theatre and the turnover of new staff is not that high which means most of the staff already work all the hours available meaning if you want a day off… there’s nobody to cover you.

In my experience when I needed time off I had to go through the muggle-familiar process of “requesting holiday days”, filling out a form and waiting for it to be approved.

‘Aint nobody got time for that.

For the most part FOH work is pretty easy, you are on your feet the whole time but that “whole time” is really only as long as a show runs for. And When the show is actually in progress if you are in the auditorium you can usually sit down in a usher seat or if you’re outside the house then you will usually just be hanging around, chilling until the interval.

Once you’re in, you’re in with front of house work. You’ll get rota’d on in advance and it’s pretty much the same day in, day out, week in, week out. Sometimes the theater’s even hire out the venue to large events where you can pick up some extra shifts here and there.

The hiring process while not as frequent as promo or call center work is pretty short usually you’re either a good fit for the team or you’re not You’ll usually send your CV in, have one quick interview and you’re done.

If you have a friend already working there even better they will usually be able to put in a good work to the middle management and you can get in there pretty quick.

Once you start the pay is usually weekly one week in arrears.

Front of house work is a fairly popular choice among out of work and auditioning actors. It is one of the only types of work that allow you to keep some sort of connection to the industry that you actually want to work in. Your fellow staff tend to be a friendly bunch of people all in the same boat as you; recent graduates, auditioning or just between jobs.

If you manage to wangle your way in to a show that you actually enjoy then you will get to see the show hundreds of times, although a word of caution here; seeing a show you love a hundred times can sure kill the magic. You’ll also probably get friendly with the cast too, if you don’t already know half of them anyway.

The fact that everybody is in the same boat as you can be a blessing but sometimes it can also be a curse. It is very easy to allow the out-of-work defeatist attitude of some actors, who have been working front of house for a long time having seen no success, to suck you in. In some of the worse venues it can get quite “Stagey” and bitchy especially between those who see you as their competition.

In my reasonably limited experience the middle management in particular typically get there because they have been out of work, working front of house, at the venue, for so long that they have been given a promotion which they sometimes then use to claw back a sense of control and significance in their lives that they haven’t succeeded in finding anywhere else.

As you can probably tell from the tone of this post I personally did not enjoy front of house, plenty of my friends do, but they all seem to be the ones with the greatest ability to zone out all the negativity that can fester within the walls.

Between that and the poor monthly earning ceiling, I really wonder now why front of house work is as popular as it is. I can honestly say that if I had to close up shop today and go back to a usual job the last thing I would want to do would be front of house.

What do you think? Am I wrong?

Do you work front of house? What’s your experience? Tell us in the comments below.