Are your showreel clips committing any of these seven deadly sins? Here are the seven most common elements of bad showreel footage. 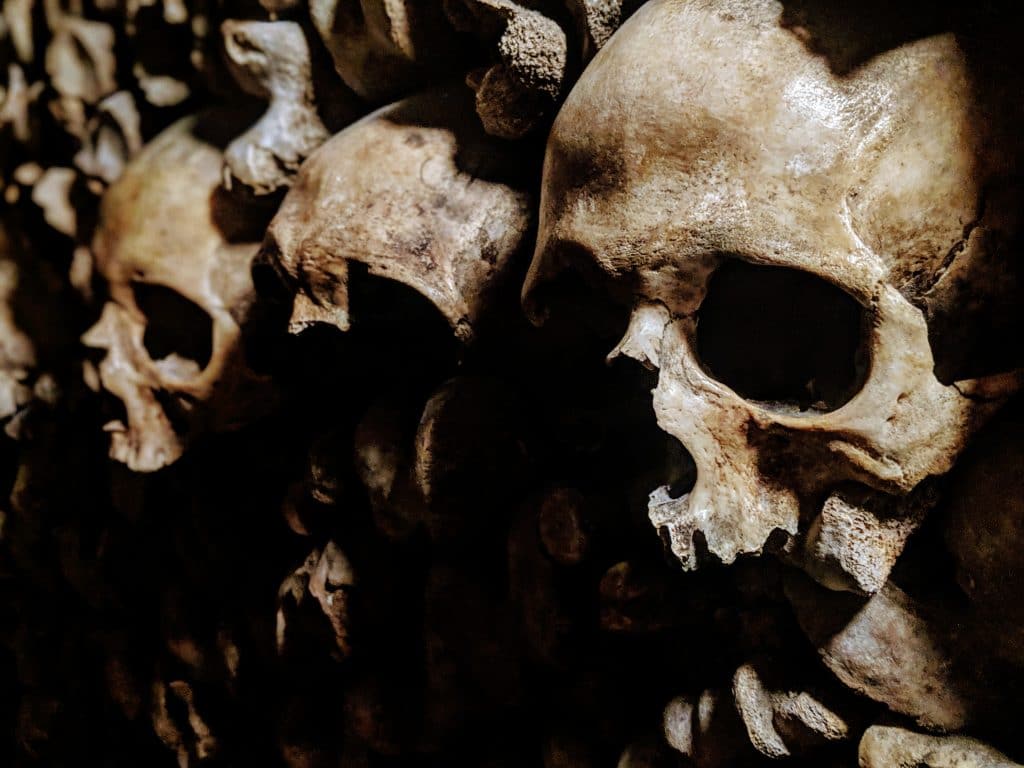 Your showreel is the most important asset you have as a screen actor.

If they don’t find one then in most cases you’re stuffed.

As long as your headshots are “accurate” you’ll get away with a mediocre representation of your castability but if your showreel is average then you are dead in the water.

But it’s no good just having any old footage. Bad footage really impacts badly on your credibility and the impression that that casting team have about you. And remember… you only get one chance to make a first impression!

These are the seven most regularly committed offences by actors in their showreel clips and the final, full cut.

This is the biggest giveaway for amateur footage.

Whether that is wind rushing through the microphone, muffled of unclear speech, bleed and spill from background and ambient sounds or just the poor quality you get from using the onboard microphone of the camera – bad audio is the worst and instantly makes a clip seem poorly shot and amateur and sometimes even unwatchable.

In most cases you can get away with less than stellar visuals in your showreel, especially if you’re just starting out and this is your first showreel or your very first clip.

But if a casting director sits down to watch your reel and they can’t quite hear or they can’t make out what you’re saying over all the wind then they’ll just turn it off and move on to someone who doesn’t make their lives more difficult.

This defies logic but you see it all the time when an actor thinks the moody clips they shot walking down a dark alleyway at night, that make them look cool, are good showreel clips.

A casting director needs to hear you speak – that’s called acting; you know.

Or even worse when you see a clip where the other actor in the scene has 90% of the lines and all you do is “react”.

Acting is reacting… just not only reacting.

Your scene partner shouldn’t have more than 25% of the dialogue or screen time in your cut of the clip. You should see just enough of them to set you up for your dramatic moments. There are a few exceptions to this rule, but for the most part steer clear of reaction-only scenes for you.

This is particularly prevalent in showreel scenes where the actors split the cost between them where they both get 50% of the lines, with 50% of the important moments each and 50% of the screen time and the editor didn’t bother to cut two versions to highlight each of the actors separately and instead just hard-cut from mid shot to mid shot back and forth to make sure everyone gets perfectly equal screen time.

Who’s showreel is it anyway!

This one is big – if you’re playing opposite somebody with little or no screen experience they are highly likely to bring your performance down and make you look bad.

Don’t just ask your mates along because you get on really well. You need to choose a scene partner that doesn’t share any of the same castability traits as you and brings out the best in your acting.

A great scene partner, who is easy on the eye and doesn’t draw too much attention, can make even an average actor come across amazing in their clips.

But a bad scene partner, a scene partner who shares your casting type or looks particularly eye-catching can overshadow your performance, robbing you of the impact of your own footage.

4. Your Script Is Recognisable

Listen Frodo; just because your castability is the hairy footed fantastical small humanoid doesn’t mean you have to shoot a scene taking The Ring to Mordor OK.

Just don’t do it.

And don’t think that you can simply change the character names but keep all the dialogue and the action the same.

If you are going to draw a scene from something that actually aired or a film, for the love of god do a proper adaptation and make it unrecognisable or extremely out of context.

Better yet have a writer write a new scene based on the scene you wanted.

Casting directors watch films and TV… for a living!! They will recognise the dialogue and instantly roll their eyes.

5. Your Script Is Bad

This one is killer, so easy to get wrong but so subjective when it’s right.

This is why I like drawing inspiration from TV scripts because TV Drama writing these days is so, so good, and the dialogue is usually a bit more realistic and day-to-day than feature film screenplays.

Avoid cliches like the plague and try to stay away from hammy tropes in your characters and dialogue – like the damsel in distress, the knight in shining armour, the chosen one you get the idea.

Unless of course it’s a comedy piece and you actually want the casting director to roll their eyes. But be warned, comedy scripts are even easier to get wrong.

Again – why I suggest hiring a writer for your bespoke footage.

6. Your Scenes Are Poorly Shot

If the actual cinematography is bad then it just reflects so poorly on you as an actor.

You could be the best up and coming actor out there but If your footage is crap then automatically, people are going to assume you as an actor are crap.

Everything about your showreel gives the viewer a little indication, a little signal of how credible you are as an actor and poorly shot footage is the best way to rob you of any ounce of credibility you have.

On the other hand, you could be a distinctly average actor but, as long as your scene partner is good, if the scenes are really well shot it could significantly improve how well you come across, making you seem like a better actor than you actually are.

[easy-tweet tweet=”If your footage is crap, people assume YOU are crap! – The Seven Deadly Sins Of Showreels” user=”Jason_Broderick” hashtags=”#ActorsLife #Showreel”]

7. Your Scenes Are Not Your Casting Type

Last but certainly not least, your castability.

The point of your showreel is not to look cool and sexy.

(Unless cool and sexy is your casting type, like me, obviously.)

Your showreel is an advertisement for your castability.

Your clips should answer the question: “Where can I cast you, right now?” Where do you compete the strongest as an option, what type of parts you are perfect to play, right now, today. What parts are you going to eliminate everyone else being considered rather than be eliminated yourself as “Not quite what we were looking for.”

If you don’t know what your castability is, or you do know but your scenes don’t reflect each of the four key areas strongly, then you are advertising the wrong product to anyone watching…

Like a family station wagon… racing around a far-east city in the dead of night full of supermodels, chased by the police and driven by Ryan Gosling. Or a car salesman trying to sell a 2 seater sports car… to a family of 6.

No matter how good the advert… they ain’t buying what you’re selling.

[easy-tweet tweet=”Your showreel is an advertisement for your castability. Your clips should answer the question: Where can I cast you, right now, today? What parts do you compete the strongest as a candidate. – The Seven Deadly Showreel Sins” user=”Jason_Broderick” hashtags=”#ActorsLife #Showreel”]

Those are the seven deadly showreel sins, not a single one of which should be present in any of your footage.

But we can all agree; a high converting, credible showreel should have none of the above seven elements present.

If you can spot any in yours, time to get some new footage!