Casting Type: What Exactly Is It?

A vague casting type leaves us to just guess what our headshots and showreel should look like. So let's define Castability, once and for all. 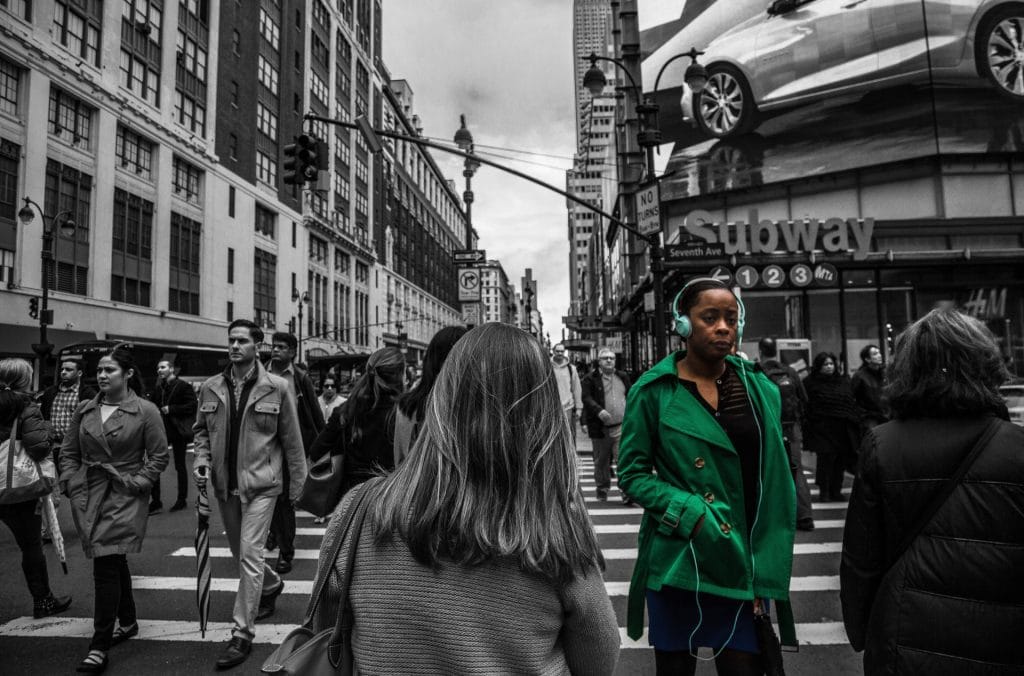 Casting Type: What Exactly Is It?

What’s your casting type? We’ve all heard it at one time or another.

You’re the “Girl Next Door”, the “Best Friend”, the “Romantic Lead” the “Tough Guy”

But these cliché casting types don’t really help us market and sell ourselves better as actors.

They leave us guessing what our headshots should look like, hoping we picked the right scenes for our showreels, hoping we know what to market ourselves as.

Hope is not a marketing strategy.

[easy-tweet tweet=”Hope is not a marketing strategy. Vague casting types leave you guessing what our headshots should look like and hoping you picked the right scenes for your showreel. ” user=”Jason_Broderick” hashtags=”actorlife, castingtype”]

In this article I am going to define Castability, once and for all.

I’m going to give you a clear understanding of why it’s so important to know, not just guess, and the four key areas that make up your exact casting type.

First, let me give you a whole different perspective on how actors are chosen to play parts.

What Is The Difference Between Casting & Auditioning

Casting & auditioning; you probably think they are the same thing right?

Casting is what casting directors do and auditioning is what actors do but, in effect, they are the same thing right?

A casting director who mostly handles mid scale TV productions recently revealed that they can sometimes get between 1000 to 4000 submissions for a single role, especially if they open up general submissions to all agents and unrepresented actors.

For that same role the casting director might only request 50 self tapes and end up seeing 10 or so actors for a read or a screen test.

That means that somewhere between 95 – 99.75% of submissions are getting eliminated for consideration before they even reach the audition stage.

And that’s the key difference between auditioning and casting that you need to understand:

Casting is a process of elimination.

Auditioning is about finding out who is the “most right” for a part. Casting is about eliminating the people who are most wrong. About finding all the reasons a casting director has to say “no” to most submissions.

To even get to the audition stage you have to demonstrate that you are more right than 95% of the rest of the submissions and that’s where actors go so wrong.

You talent and ability as an actor is not what gets you in the room to audition.

[easy-tweet tweet=”Casting is a process of elimination, you have to demonstrate you are ‘more right’ than the other 95%. Your talent and ability is not what gets you in the room to audition.” user=”Jason_Broderick” hashtags=”actorlife, actorslife, casting, audition”]

So how do you go about demonstrating you are “more right” than the other 95%?

How do you make yourself a stronger match for the idea that the casting team might have in their head for the part so you are less likely to get eliminated?

By knowing your exact castability, and learning to suggest those attributes strongly in your marketing materials.

The Definition Of Castability

“Castability is the area of the acting market where you as an artist are most competitive.”

Clear as mud right? Stick with me.

Imagine we were talking about a supermarket, where every actor is a slightly different product on the shelf.

You walk into the supermarket looking for your favourite cereal; mine is Crunchy Nut Granola with the little chocolatey bits.

You head to the cereal aisle and you don’t quite see what you’re after, so you look around for the next best thing: Jordans Country Crisp right? It’s a granola, not chocolate flavoured, it has strawberry bits but that’s close enough.

You buy your cereal and just as you’re walking out of the shop you remember you need toilet roll too, so you head back down the cleaning isle and right there, next to the cute Andrex puppy…

Useless. You’ve already bought your cereal and if it wasn’t for your loo roll situation you might never have even seen what you were looking for.

The cereal was trying to compete for the attention of people looking for loo roll and so it didn’t compete very strongly.

When you and your headshots and showreel are vague on where you are trying to compete you submit yourself for breakdowns that only vaguely match who you are and so you don’t compete very strongly for the idea that the casting team had in their head and somewhere along the line, someone comes along who competes a little better and you get eliminated.

[easy-tweet tweet=”When your headshots and showreel are vague you only vaguely match the breakdown. Then someone else comes along who is a stronger match and you get eliminated, again and again.” user=”Jason_Broderick” hashtags=”actorlife, actorslife, headshots, showreel”]

So what are the different “areas” of the “acting market” and how do we figure out where you compete the strongest?

The Four Keys Of Castability

Castability is broken up into four key areas. You need to know exactly where you sit within each of these four areas so you can strongly suggest these in your marketing materials:

Fairly self explanatory, this is the most basic of castability traits and is usually binary – male or female. However if you happen to look androgenous or even identify as non-binary that in itself can be a really strong castability trait for you to suggest and use to your advantage.

This is nothing to do with where you were born necessarily, but where in the world do you look like you come from to the general public. In the UK we use 16 ethnic categories to broadly self-identify, which I find most helpful here when selecting what people probably think you look like.  But this doesn’t include things like “Viking” or “Jewish” which are not ethnicities but are helpful for us as actors when describing what we look like we might play.

Most actors have gotten over thinking this has something to do with your real age, which is correct. Not in any way related to the age on your passport this is the range of ages that people most likely think you look like, from the youngest average, to the oldest average.

This is the final and most important area of your castability, what do you look like you might do for a living. This is usually the leading characteristic that casting directors use when writing a breakdown. Somebody who looks like they could play a judge is not the same as someone who looks like they could play a plumber.  A characters life is impacted most by what they do for a living; it dictates the house they live in, their financial situation, the friends they have the places they go, so this is the most important trait to identify and strongly suggest in your marketing material.

Castability is first and foremost about the two-dimensional attributes that can be easily represented and distinguished in a headshot. The kind of things that instantly come across in the two seconds while your headshot is fleeting across a casting directors desk. However, it is true that personality is really important to your casting type and that you can get across some personality in your headshots, as well as of course in your showreel material.

In the more advanced, 6-part castability process I teach as part of my Personal Branding For Actors course I also include “Personality Adjectives” & “Social Class” under the umbrella of occupations which results in descriptions like:

An example of two very different casting types with the same occupation.

Up to this point I have been using the terms Castability & Casting Type interchangeably but I want to clarify the differences I see between them and why I prefer to use Castability to describe this process.

For me it’s similar to CV vs Resume.

We use the phrase CV to describe the thing with our exam results and previous work experience and skills that every person on earth uses when looking for any new job.

But our resumes as actors are for creative work only. We treat them more seriously and put more care into how we craft them for submission for jobs.

Casting Type is the overused and mostly misunderstood buzzword that is thrown around to sound savvy by many drama schools teachers, coaches, and industry folk. The phrase has become synonymous with type-casting and USP’s (I hate that term). It’s ceased to have any real value to actors looking to refine their process. Casting type is thought of as a box that you or your agent puts you in and that’s the end of it.

Casting Types should be the group of end results you get from going through a detailed Castability process.

Castability, on the other hand, is a dynamic group of personal attributes that describes where you likely compete the strongest right now, but grows and changes as you as an actor grow and change. Castability is the umbrella under which the different types you could compete strongly as fall under.

What Can I Do With My Castability

Having clarified your Castability I usually suggest my clients choose three clear casting types to use as suggestions in their marketing material.

Once you have three clear casting types to work from you can then: